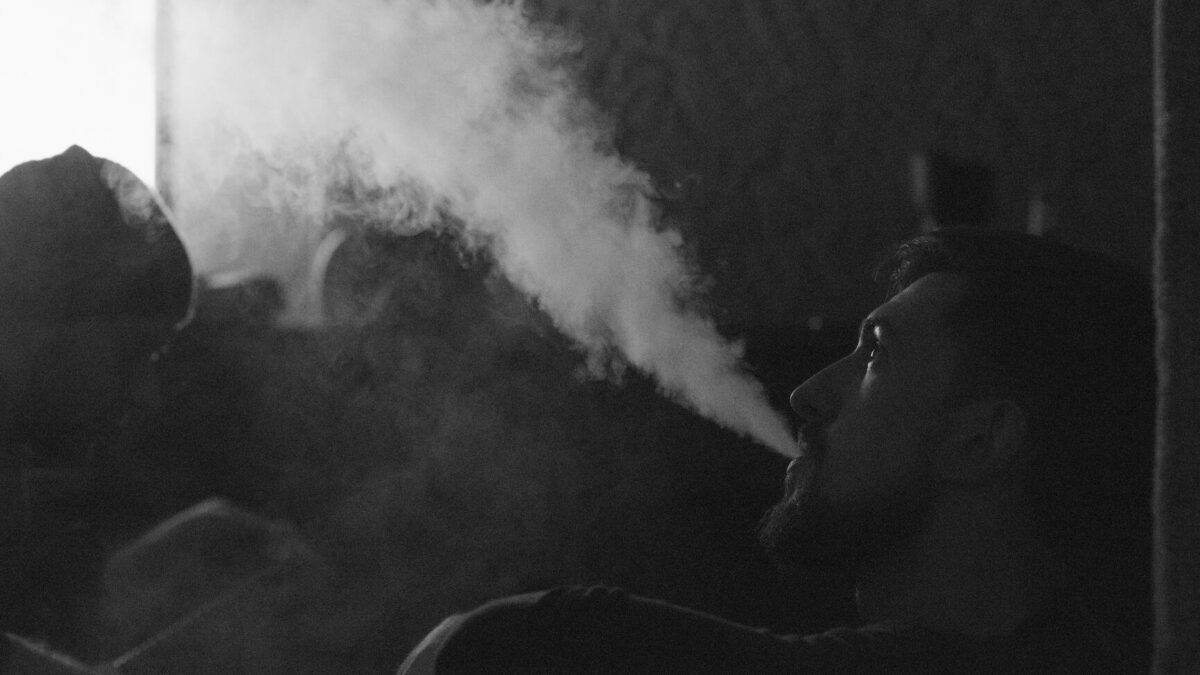 As a non-smoker, Jamie Mosley never dreamed he would one day own a small company that sells e-cigarettes.

Mosley’s CrossBar Electronic Cigarettes supplies specially designed e-cigarettes to the Henderson County Detention Center, as well as to other jails and detention centers across the United States. Contraband issues at the Henderson facility have decreased drastically since they were introduced there about three years ago, said Jailer Amy Brady.

Mosley started his company about four and a half years ago.

“I’ve never smoked a cigarette in my life and I never expected to have a company that sold them,” he said. “It was just something that happened.”

Mosley worked as a dispatcher for the Kentucky State Police for 15 years and was also a driver in the Nascar Busch Series. He joked that there’s not much a retired racecar driver can do, so he ran for elected office.

About six and a half years ago, Mosley was elected Laurel County’s jailer. Laurel County is located in southeastern Kentucky, south of Lexington and east of Somerset.

His command staff quickly noticed that there was a contraband problem at the Laurel County Correctional Center.

“Much to my surprise, it wasn’t drugs. It was tobacco,” he said, adding that inmates would go to any extreme to get tobacco into jail.

As he was dealing with the contraband issue, Mosley was also trying to find funding for jail rehabilitation programs. He came up with a solution for both problems — ordering 1,000 disposable e-cigarettes from the Internet to sell to inmates from the commissary.

“Immediately our fights went down, behavior improved among our inmate community, morale improved and our tobacco contraband issue went away,” Mosley said.

The jail made a substantial amount of money off the sales for its inmate welfare fund, but another problem emerged after a few weeks. Officers discovered during cell searches that inmates were breaking the e-cigarettes, which were half hard metal and half plastic, to make a weapon.

Mosley ordered his officers to remove the e-cigs and stop selling them.

Back to square one, Mosley began thinking about how to make an e-cigarette designed to be used in jails. He believed a device could be designed entirely out of soft materials so inmates couldn’t make a weapon.

He began researching and discovered that the batteries on the retail product were too strong, so it could be used to start a fire. Also, due to the lack of regulations in the industry, he said that most retail products don’t use pharmaceutical grade nicotine.

Mosley came up with a prototype for a correctional grade e-cigarette after about nine months of research. This e-cigarette used pharmaceutical grade nicotine, is clear so no items can be concealed inside it and have silver tape on each end that help make it obvious if it’s been disassembled.

He contacted a manufacturer and had them build it. He then gave the product to a few jail trustees to test.

Everything went well, so he ordered a small amount. Fights went down again, contraband issues diminished again and the jail again made money for its rehabilitation programs.

“I had no intentions of starting a company, but once the other jailers found out what we had, they wanted it too,” Mosley said.

He couldn’t sell the county’s property since the e-cigarettes were purchased out of the jail’s commissary, so he started CrossBar Electronic Cigarettes. The company has sold nearly 4,000,000 e-cigarettes to jails and prisons in 31 states, he said.

The Henderson jail is one of about 56 facilities using the product in Kentucky.

“This allows her leverage when dealing with inmates,” said Brady.

When outside law enforcement is gathering information and an inmate has details that will help their case, the e-cigarettes can be used as a reward for cooperating with investigations.

E-cigarettes are allowed inside inmates’ living quarters at the county jail per an amendment to the City of Henderson’s smoking ordinance, which was previously amended this spring to prohibit vaping products in public facilties. The Henderson City Commission approved revising the city’s smoking ordinances as it applies to the Henderson County Detention Center at Tuesday night’s commission meeting.

Brady requested that the jail be exempted from the portion of the ordinance that includes vapor products. She also requested that only inmates be allowed to use correctional grade e-cigarettes in the jail’s living quarters and nowhere else in the building, which is otherwise designated as smoke-free.

Brady said jail officials could look at giving inmates an option in their booking paperwork to be in a designated non-smoking cell.Commissioner Brad Staton voiced concern about prisoners having to share a cell with smokers.

Odor isn’t an issue with the e-cigarettes, Brady said. The Laural County Detention Center has had the product nearly five years and no residue from the device has been detected, Mosley said.

The Henderson County Detention Center sold more than 16,000 e-cigarettes to inmates last year. Each device costs $12.95 and is the equivalent of two packs of cigarettes.

The money raised from the e-cigarette sales goes into an inmate welfare fund and is used for various programs to help better inmates’ lives.

Henderson’s jail has an 110-bed Substance Abuse Program, a state in-house program for female inmates that lasts six months. SAP helps women rehabilitate their life so they can lead productive lives once they are released.

“Being able to fund that one program to me is worth the whole discussion,” Austin said.

E-cigarette sales also help fund programs where inmates are taught everything from how to balance a checkbook, to how to change a vehicle’s oil to how to control their anger.

“We grow up in different homes,” Brady said. “Everyone of us has grown up in a different way and we have no idea what goes on behind closed doors. If we can change one life and get that person on the right track, and we can fund the program, it makes us better for all of us.”

Money can also be used for the gardening program, where inmates learn the entire food growing process. The food grown in the garden supplements the inmates’ meals and an excess of 1,500 to 2,000 pounds of vegetables are donated to the Salvation Army’s soup kitchen each month.

Money raised through sales can also be used for a smoking cessation program for inmates.

Each e-cigarette purchased at the jail comes with a warning label on the product making inmates aware of the hazards of using it. The battery in the e-cig has an individualized serial number that allows the jails to track which inmate buys it.

“We want to be as responsible as we can be,” said Mosley, adding he supports the regulations FDA proposes.

CrossBar is dedicating a substantial amount of its resources into performing to the regulations that the FDA has put forth, Mosley said. The company is in the process of premarket tobacco application from the FDA so it can be legally marketed.