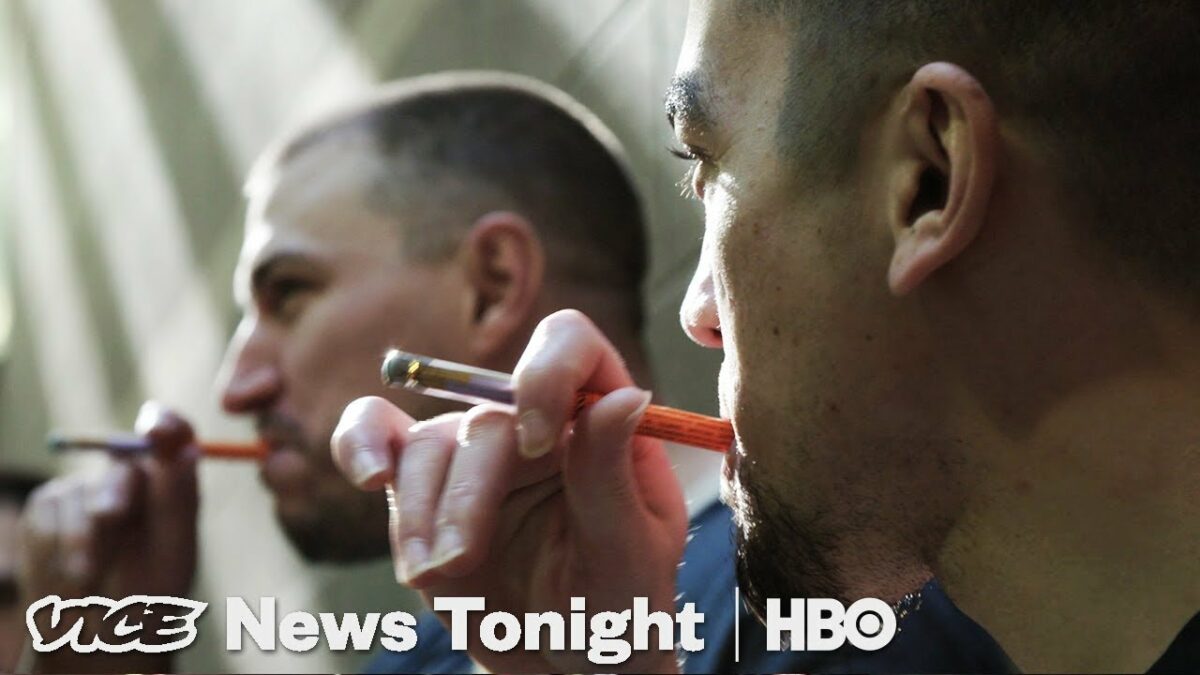 LANSING, MI — Jamie Mosley is a successful entrepreneur, who started a company, and made a lot of money, selling a product you might not have realized there was a market for: E-cigarettes that are safe for jails. Specifically, for his jail — or at least, that’s how it started. Mosley, a former state police officer who moonlights as a NASCAR driver, was elected Jailer of Laurel County Kentucky in 2012. Without the option to sell tobacco in his commissary, the jail saw a new set of problems emerge, like withdrawal issues, more inmate fighting, and an increase in black market trade of tobacco. Furthermore, Mosley found that corrections staff had one less thing to take away from inmates to discourage bad behavior. “When I developed the product. It was really not with the intention of starting a company I was just trying to solve a problem within my own facility.” Mosley told VICE News. So he got the idea to introduce a vape option to his jail, but all of the ones on the market were too easily turned into weapons. So he invented a solution. “Everything out there had a metal casing or was a very very hard plastic, and could be hammered down into a shank,” Mosley said, “We also wanted something with a very low voltage so that you couldn’t utilize it for an ignition source to start a fire with.”

Crossbar, as Mosley calls his product, is now in some 33 prisons and jails across the county, and is is expected to do $3.5 million in sales this year. It sells to prisons and jails for about $2 to $3, and the jails, in turn, sell it to inmates for between $10-15. One Crossbar e-cig is said to be the equivalent of about two packs of cigarettes, but inmates say they are still essentially luxury items. And while Mosley sells the ecigs to his own jail at cost, it’s not hard to see the excellent profit margins that would be attractive to other facilities. This additional revenue source is one of the main marketing points for Crossbar. And while the e-cig trade has made Mosley a fairly wealthy man, he insists he had no plans to give up the job he loves: working at the jail. “Making money selling e-cigs is very easy,” he said. “Keeping people alive and helping people, is very hard. My heart and my passion is here in this jail.”